In this way they are making a stand to try to help our environment by ensuring that they are not a part of the deforestation problem.

Many of you may already know of the Round-table on Sustainable Palm Oil (RSPO), a group formed by palm farmers and users of palm products to help regulate the use of land for palm production and stop deforestation of the rainforest.

Quite a few soap making suppliers purchase their palm oil from members of the RSPO and this too is helping with the problem. Be sure to ask your supplier if they purchase from a member before you buy.

Of course, not everyone has faith in organizations like the RSPO. As with all organizations, there is bound to be deficiencies in the system since it is entirely impossible to satisfy everyone's needs. Personally, I'm just thankful that there are people out there that are at least trying to make a difference.

I believe it is possible to have sustainable palm plantations but I also believe that part of the solution will have to come from us, the manufacturers and consumers. If everyone were to make a dedicated effort to use less palm oil and to find alternative options then the need for palm plantation expansion would no longer be an issue.

For this reason, you will find this page dedicated to palm free soap recipes. As you can see, I already have a few and you can expect to see more in the future.

Each homemade soap recipe on my site produces approximately 10 - 110 to 150 gram bars. 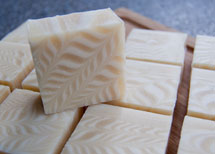 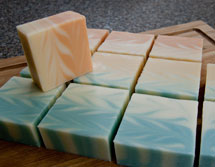 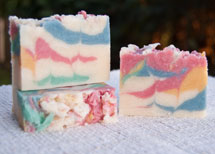 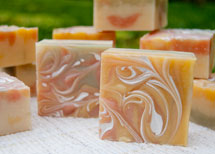 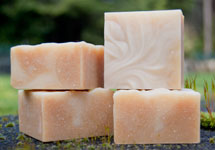 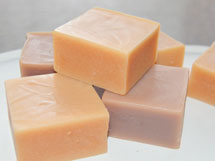 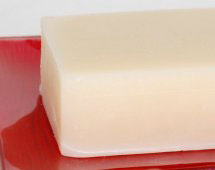 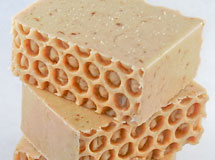 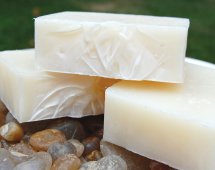 Made with Coconut, Olive and Castor Oils.

Made with Shea Butter, Coconut, Lard, Castor and Olive Oils. 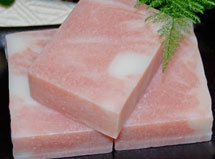 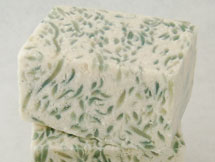 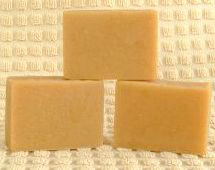 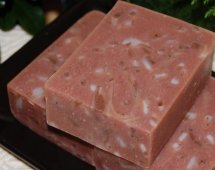