The hot process rebatch method of soap making can give new life to those ugly failed soap batches that, sadly, happen to all of us at one time or another.

One of my recent experiments using a natural colourant resulted in a soap that was dirty dish water grey. It was really quite ugly and I wanted to give it a bit of a make-over.

Awhile ago I stumbled across Ridgeway Soapworks and was really impressed with her hot process soap making method and her beautiful soaps. 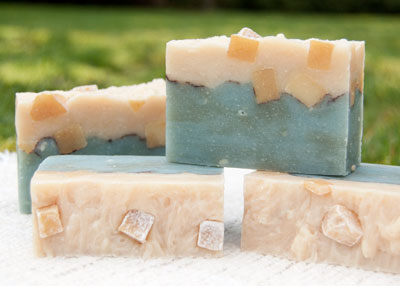 I think it worked out rather well considering what I started out with (next picture below). The only thing I'm disappointed about is not stirring in the essential oil enough. You can see the swirl of lemongrass in the top picture. We'll just pretend that I did it on purpose...ok?

When deciding on which  colour to make your soap, make sure to stick with something that is in the same colour family as the ugly soap you have. That way you have a good chance of the colour coming out as planned rather than as a muddy mess! 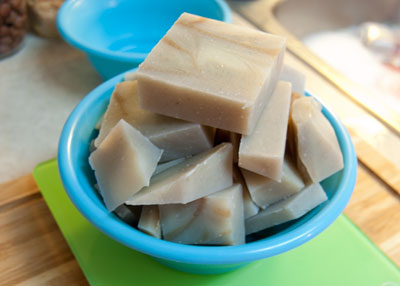 Our first step is to prepare all of the additional ingredients. 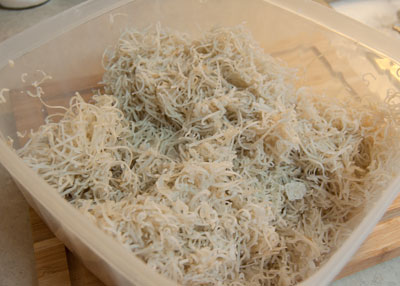 I placed my soap mould, super fat, coconut milk mixture, lemongrass essential oil and glass mixing bowl into my oven that had been pre-warmed at it's lowest setting and turned off.

The colourants I placed on top of the oven to keep them warm as well.

I did this to ensure that nothing would be cold when it came in contact with the hot soap later. 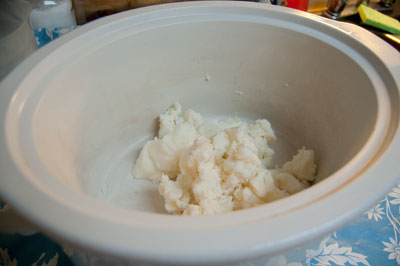 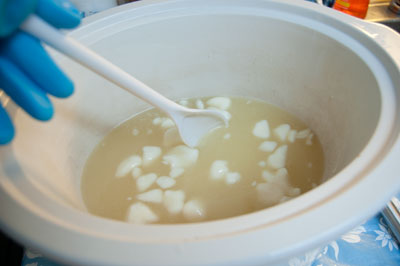 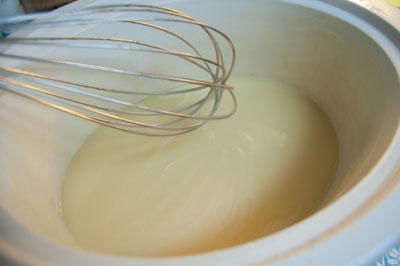 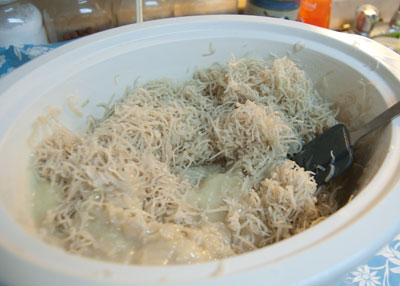 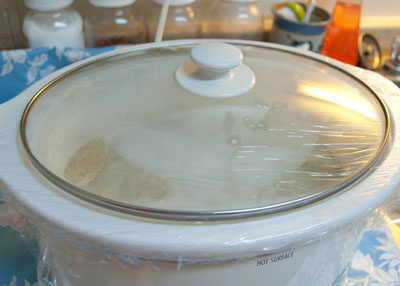 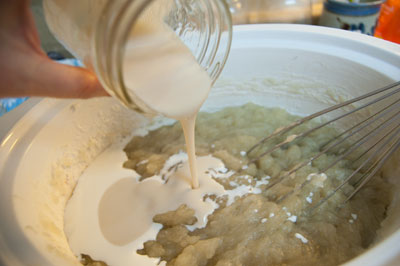 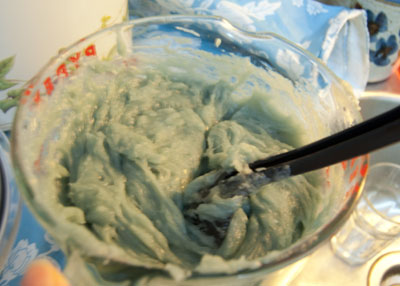 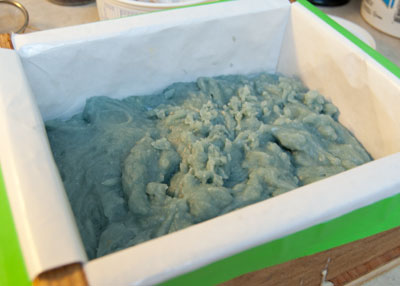 Because things were moving along at a good pace and I didn't want the soap to cool too much, there are no more pictures...sorry. It's hard taking pictures while making the soap!

And there you have it! Hot process rebatch soap making to the rescue!