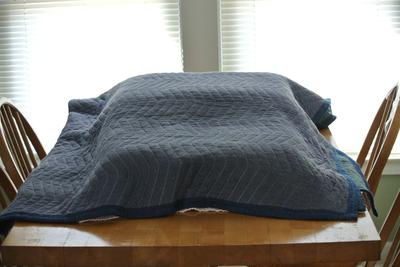 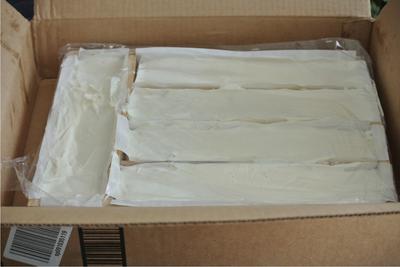 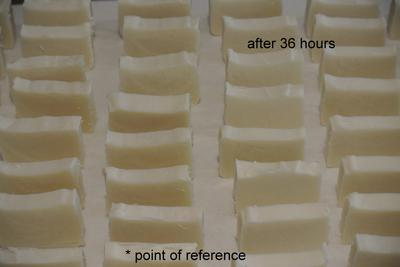 I made my first batch of CP Olive Oil soap. I thought everything was fine until I un-moulded it.

I made one batch 77.5oz and poured into 2 types of moulds. 1 mould was a wooden silverware tray lined with freezer paper. The second mould was a silicon oval of 8 individual pieces.

When I un-moulded the wooden silverware mould the outside logs appeared fine and solid in color. The 2 inner logs seemed to have what looked like jelled oil striations running though them.

There was one thumb print size white spot which was not hard on the side of one log of the inner logs as well.

I cut all the logs into bars and the next day (18 hours later) the jelled oil striations were considerably lighter in color yet still visible. The one white spot was also gone.

After 36 hours the striations continue to be lightening yet are still visible.

Will they ever look like the outer logs and oval pieces? Does it matter?

I attached pictures I hope are helpful.

All the oval bars seem uniformly solid in color, cutting one in half also showed solid coloring throughout.

I placed the moulds into larger cardboard boxes and covered with a moving blanket folded in 4 and left in place for 24 hours.

My question is, is this a safe batch? Will time rid the striations completely?

What do you think caused this?

Should I just call it a learning experience and rebatch/ discard.

I would rather throw it out then have an unsafe batch of soap.

Thank you very much for taking the time to read this.
Ann

From your pictures and your description, I would say that the centre logs of soap got much hotter than those on the outside of the box.

The striations look to be the result of overheating. To avoid this in the future, simply keep tabs on the soap while it is insulating.

Once a log of soap has fully gelled, you can take it out of the insulation and wrap the rest of the logs back up until they gel.

Perhaps I'm weird but I've actually always liked the look of striations! That white on white pattern that resulted in your bars of soap is quite pretty.

Return to Submit a Question.